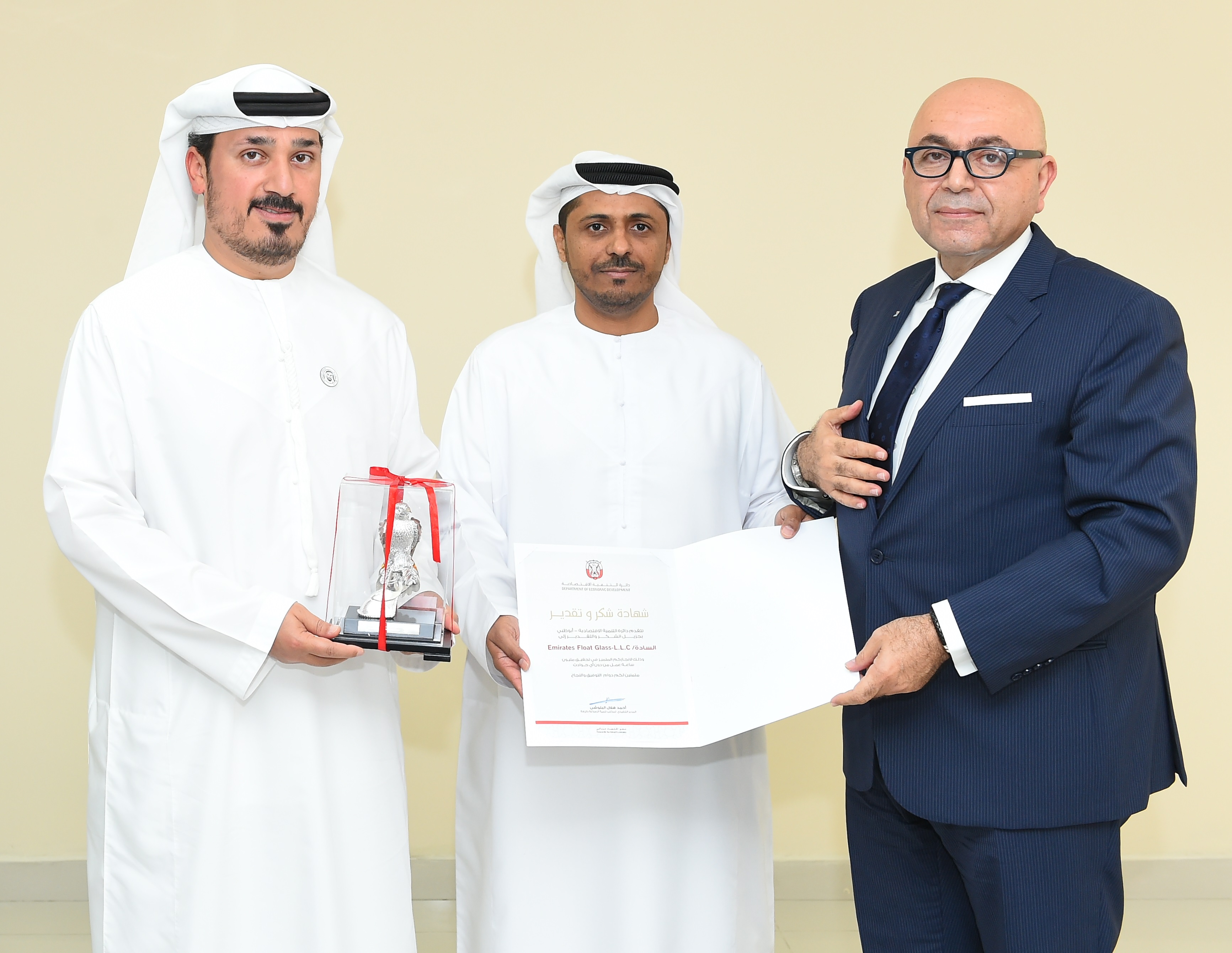 Dubai Investments PJSC [DFM: DIC], the leading, diversified investments company listed on the Dubai Financial Market, has announced that its wholly-owned subsidiary Emirates Float Glass [EFG] has accomplished a unique recognition by achieving one million man-hours without Loss Time Injury [LTI] for the second time in its history.

The massive recognition for EFG, which is part of Glass LLC and the first state-of-art integrated float glass facility in the UAE, reflects its commitment to adhering to occupational health and safety guidelines.

Ghassan Mashal, General Manager of EFG, received the recognition award and a certificate to mark the milestone from Nabeel Saleh Al Awlaqi, HSE Director at Industrial Development Bureau [IDB], during a ceremony at EFG plant in Abu Dhabi. H.E. Saeed Eisa Al Khyeli, Director General of ZonesCorp, was the Chief Guest on the occasion.

In his comments, Ghassan Mashal said: “Emirates Float Glass is honoured to achieve this special milestone and appreciation award for the second time, which is a testimony of the company’s commitment towards safe working environment to all its employees and adhering to the best occupational, health and safety standards.”

He added: “This milestone is commendable considering the risks and hazards involved in the float glass manufacturing processes. EFG is thankful to Department of Economic Development [DED], IDB, Abu Dhabi Occupational Safety and Health Center [OSHAD], ZonesCorp and other government authorities for their support in achieving this milestone.”

The macro approach of EFG in occupational health and safety has contributed significantly to the company’s performance and the Loss Time Injury incident rate has been completely eliminated since the 4th quarter of 2012. EFG is committed to prevent and minimize any adverse occupational health, safety and environmental impacts and risks arising from activities, products or services.